Sortition system, based on the blockchain

In this article, I propose a method, based on the blockchain (bitcoin or any other) to perform random draws in a fair way, reproducible, non repudiable, time stamped and without third party of trust.

We already use sortition in several domains, for important matters :

Ideally, sortition should be used more widely in democracy for building groups of citizen and counter balance the downsides of the representative system.
The following picture shows a Kleroterion : a randomization device used by the Athenian polis during the period of democracy to select citizens to the boule.

For such important matters, we need to find a mechanism that is beyond any doubt and that noone can corrupt.

The idea is to use an external, random phenomenon as the seed of a deterministic process of sortition.
To be irrefutable, the phenomenon should be something that :

The publication of this announcment itself should not be repudiable (cannot be changed after the publication, and until the draw).

For the choice of random phenomena, we can think of:

We'll see below that the blockchain does not suffer from those drawbacks and provides some unique characteristics, useful for the two phases of the draw.

3) Usage of the blockchain

A blockchain is a distributed network of a shared, public consensus.
It is made of a chain of blocks containing a list of signed transactions.
Typically, in the case of a crypto-currency like bitcoin, the blockchain publicly holds the list of all bitcoin transactions, worldwide.

The bitcoin protocol is designed so that :

Also, the blockchain is not dedicated to bitcoin transaction :
We can store in it any abritrary data, signed by its publisher.

Finally we can use the blockchain for a draw, as follows:

For each person to draw: 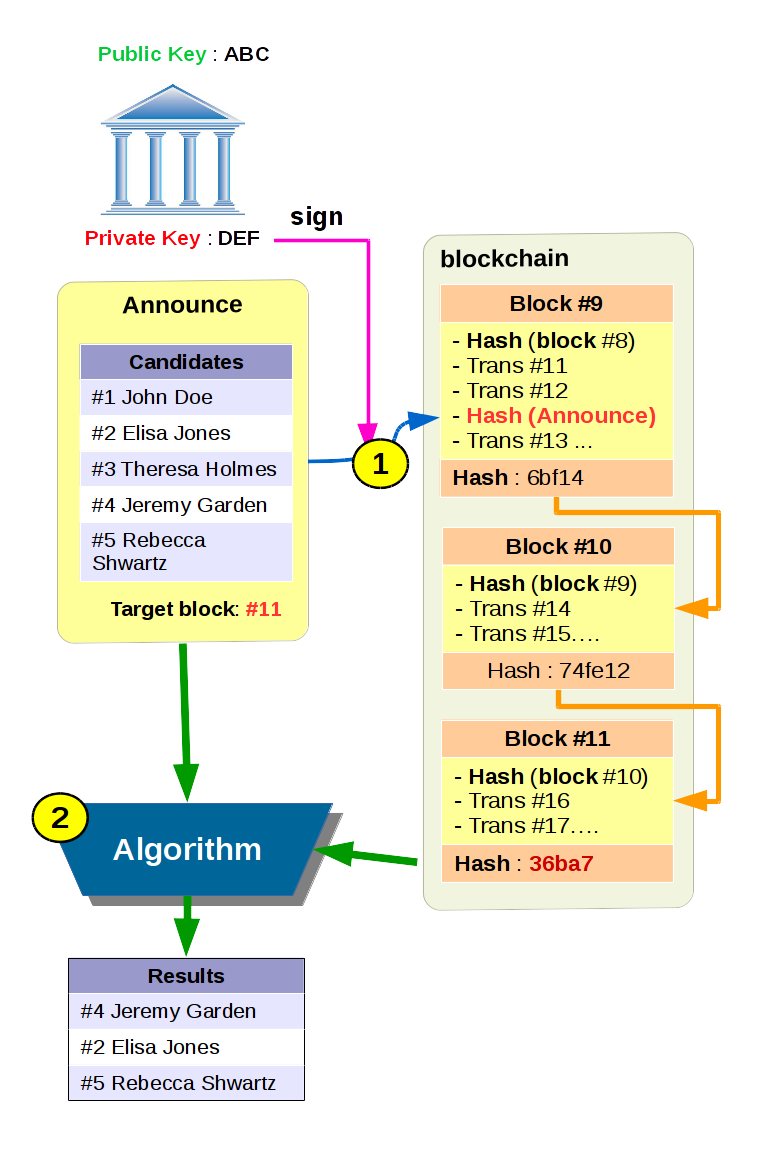 4) Strength of the system

I order to hack the result of the sortition, one would need to either corrupt :

In both cases, this would require to have a fork of the blockchain validated by the network :
Which, in turn would require to generate valid blocks for alternative content (and possibly all its succerors).

Mining (= finding) a valid block is an expensive process whoch requires today the power of the full blockchain network, for 10 minutes on average.
For that purpose, the blockchain currently consumes as much power as portugal.

Hacking a sortition would require a gigantic investment in computation power and electricity : Far above the cose of any corruption of a third party of trust. 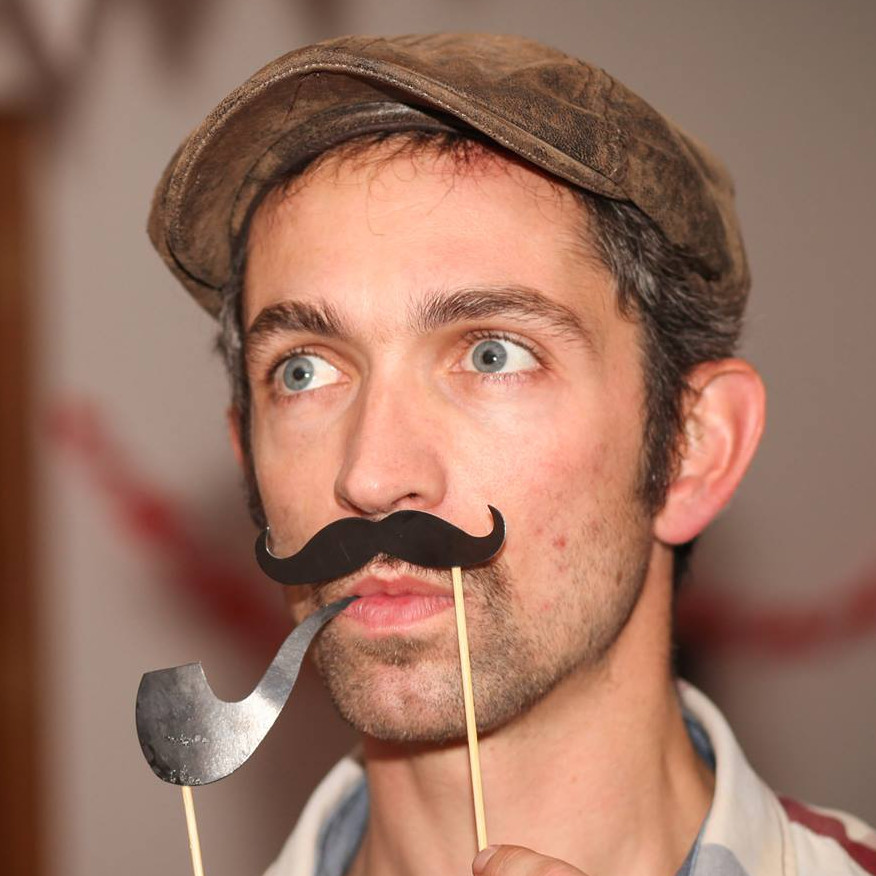